The power of water

New Micro-layers configuration up to 27 layers

The molten resin is extruded in a tubular form through the die. In the path between the die and the pulling rolls, the tube is inflated until it tangencies the sizing ring which defines the width of the film that is being produced. Right after it, the film goes out of the die passing through an Air Ring, then suffering a pre-cooling and then the film passes through a sizing ring immersed in cool water.

The cool water provides a thermo shock on the film because of the cold temperature, making the film to acquire brightness and high transparency that are the characteristics of the product.

Afterwards the film passes through the pulling rolls, through a drier to eliminate the damp, then it passes by the device of lateral slitting (cutting) of the film and finally the roll is wound in the double winder.

Barrier not oriented film excellent film with good transparency, which makes it the optimal solution for lamination purpose. 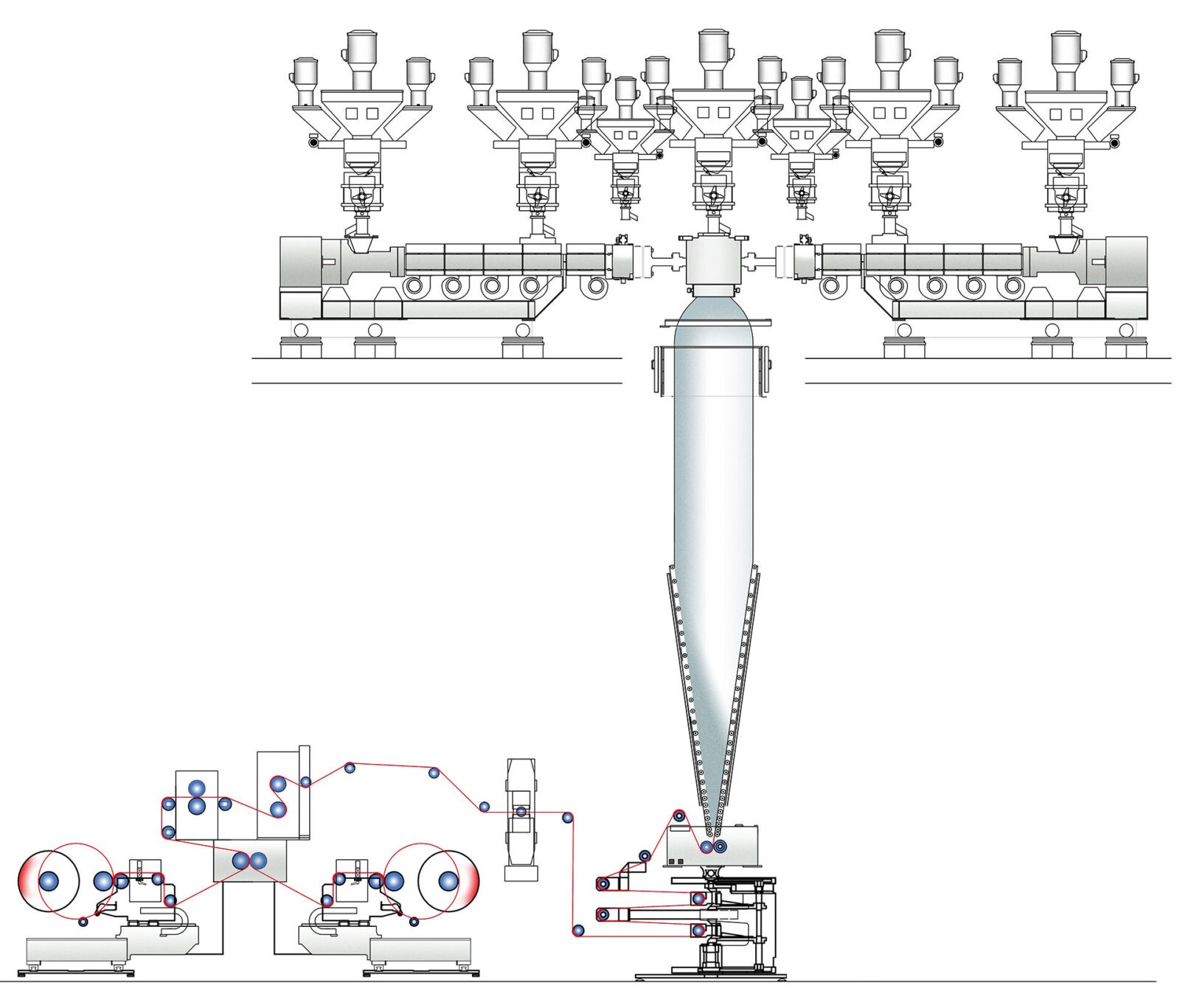