Crosslinked POF or Micro-layers up to 27 layers

The orientation line works by the so-called “double-bubble process”, i.e. the polymers are extruded through a circular die and immediately waterquenched to form a thick primary tube which is then re-heated up to a suitable temperature and blown to form the main bubble of thin film. The non-contact simultaneous orientation is achieve thanks to the air inflated during the start up phase. This air allows the transversal orientation while the machine direction orientation is taken simultaneously thanks to the speed different between the stretching nip roll and the tower nip roll.

The bubble is cooled by air and then flattened; after the trimming of the edge, the two webs obtained rolled up in two reels. By annealing the product obtained on the biorientation equipment, it is possible to obtain heat set film such us: BOPP, BOPA, BOPET and special products. POF the annealing can be placed in line or off line. Partial annealing can also be integrated in the orientation 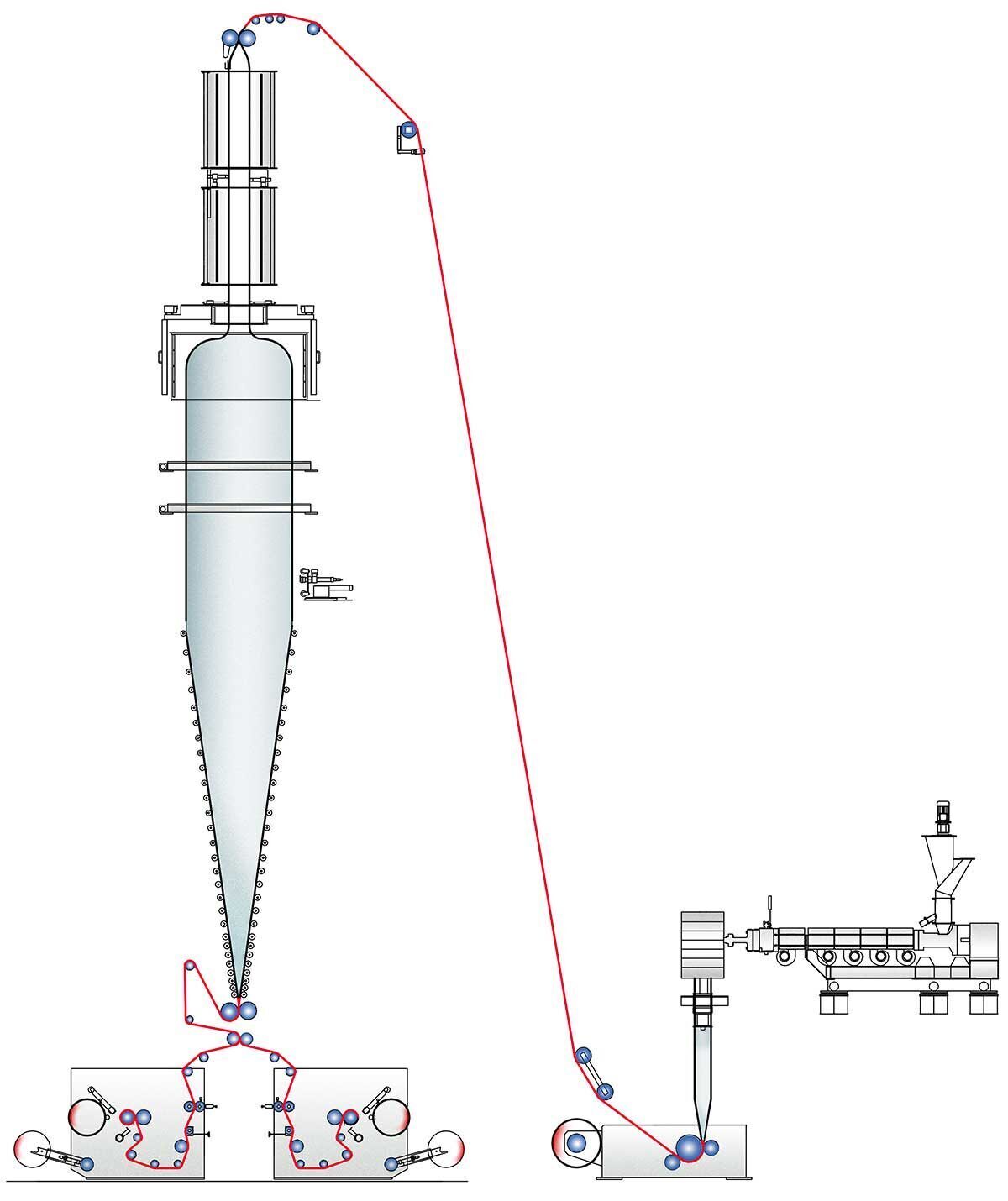 Film with a large number of layers having uniform bi-axial orientation achieved in one step.  Having a larger number of and/or thinner layers than prior annular structures improve: barrier, layer uniformity, strength, toughness, tear resistance puncture resistance.

For application that require a low force shrinkage as for example for magazine. This film offer a high transparency and protection to the magazine. Best in Sheen and gloss. Rugged puncture resistance and durability.

For application that require a low force shrinkage as for example for magazine. This film offer a high transparency and protection to the magazine. Best in Sheen and gloss. Rugged puncture resistance and durability.

Translate »
error: Content is protected
We use cookies to make sure you can have the best experience on our site. If you continue to use this site we will assume that you are happy with it.I acceptNoPrivacy policy