The orientation line works by the so-called “double-bubble process”, i.e. the polymers are extruded through a circular die and immediately water-quenched to form a thick primary tube which is then re-heated up to a suitable temperature and blown to form the main bubble of thin film.

The bubble is cooled by air and then flattened. The film pass though an annealing ovens to reduce the retraction of the film. 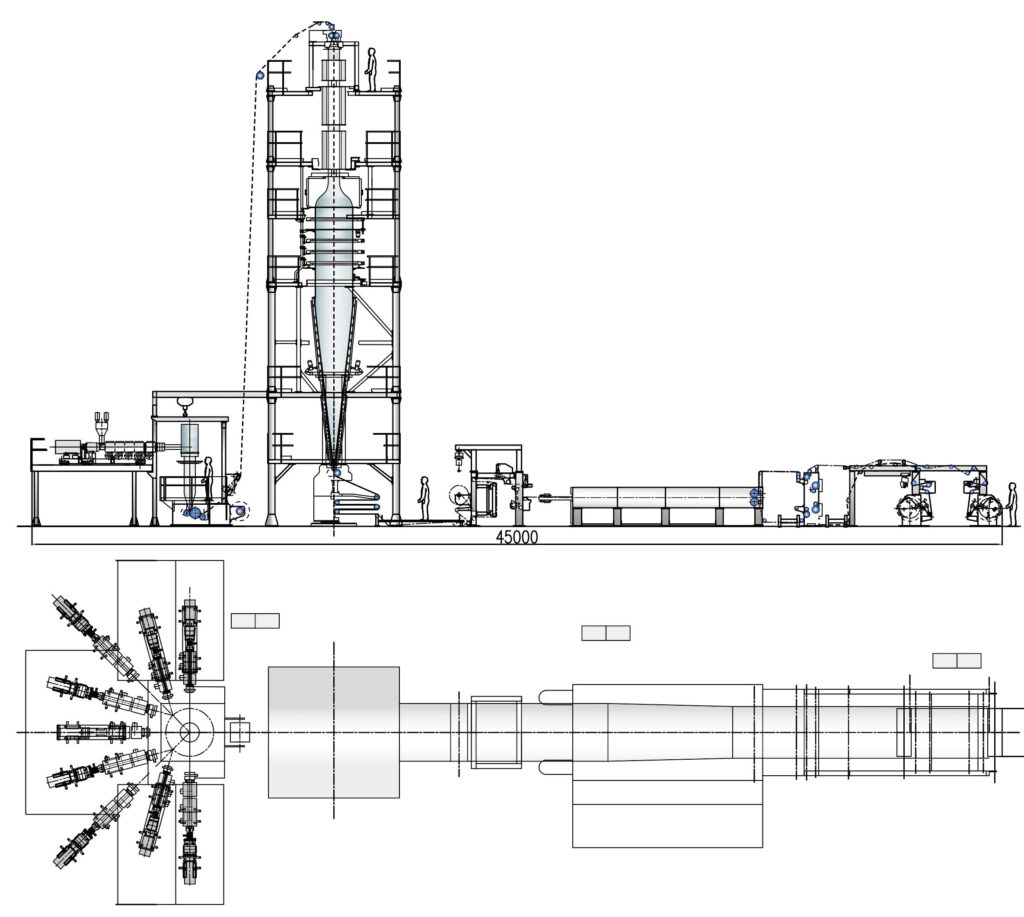 Film with a large number of layers having uniform bi-axial orientation achieved in one step.Having a larger number of and/or thinner layers than prior annular structures improve: barrier, layer uniformity, strength, toughness, tear resistance puncture resistance.

Top lid film with reduced shrink characteristic on both direction which provide to the tray a “drum effect” ideal to pack fresh meat and products with tray and MAP.

Lamination product for Lithium Battery package To be use as lamination material together with Aluminium and CPP.